It is July, and we’ve been in the grip of the heatwave for a few weeks now. The sun bakes Trelissick as the fun runners gather for the 1.5k or the 3k. Fancy dress is encouraged at this event, and race fees and sponsorship go to the Merlin MS Centre

An incentive to gain sponsorship is the provision of a funky purple buff – that’ll do it thanks!

The early team consists of me, Mr T and our reluctant race support, who, despite the heat, sports a hoodie, baseball cap and his tablet. Slumps immediately on a rucksack and groaning that it’s ‘going to take ages’ (accompanying long face). He is reassured that it won’t take long and he won’t have to move anywhere. Welcome to the world of teen.

This is my first actual paid for event, so I have nothing to compare it with, but I’ve certainly developed a view that briefings should be concise and relevant, with a big focus on not losing the attention of your audience.

We spotted loads of families and friends from school as well as from other activities and clubs.

Joined by the second wave of race support, who are enthusiastic and offer to hold bags, as well as providing race photography, thanks guys!

Crucially, they also take on management of teenager, although nothing will persuade hoody removal.

We traipse through past the stables to the start area at the front of the main house. The view down Carrick Roads is stunning. In the video there’s a tantalising glimpse of the view. You can see exactly why the house was built on that particular spot. I’ve only ever seen the house from the water so it was lovely to get the reverse perspective.

Loved the Zumba Warmup – led by superheroes between the colonnades – accompanied by a soundtrack which cut out every few seconds as the system was overwhelmed! A welcome chance to brush up on the old Zumba skills 😜

The course made the most of the view – we had a lovely chat in the first half and said hi to few people before Mr T powered off for his finish while I toiled behind. The Strava snapshot is below – I forgot to turn off my watch until after I’d had a drink and sat under a tree so that is not my time (not that it’s important by the way 😐)- a real shame too that T didn’t have his watch on either as he stormed up the hill for another sprint across the line! 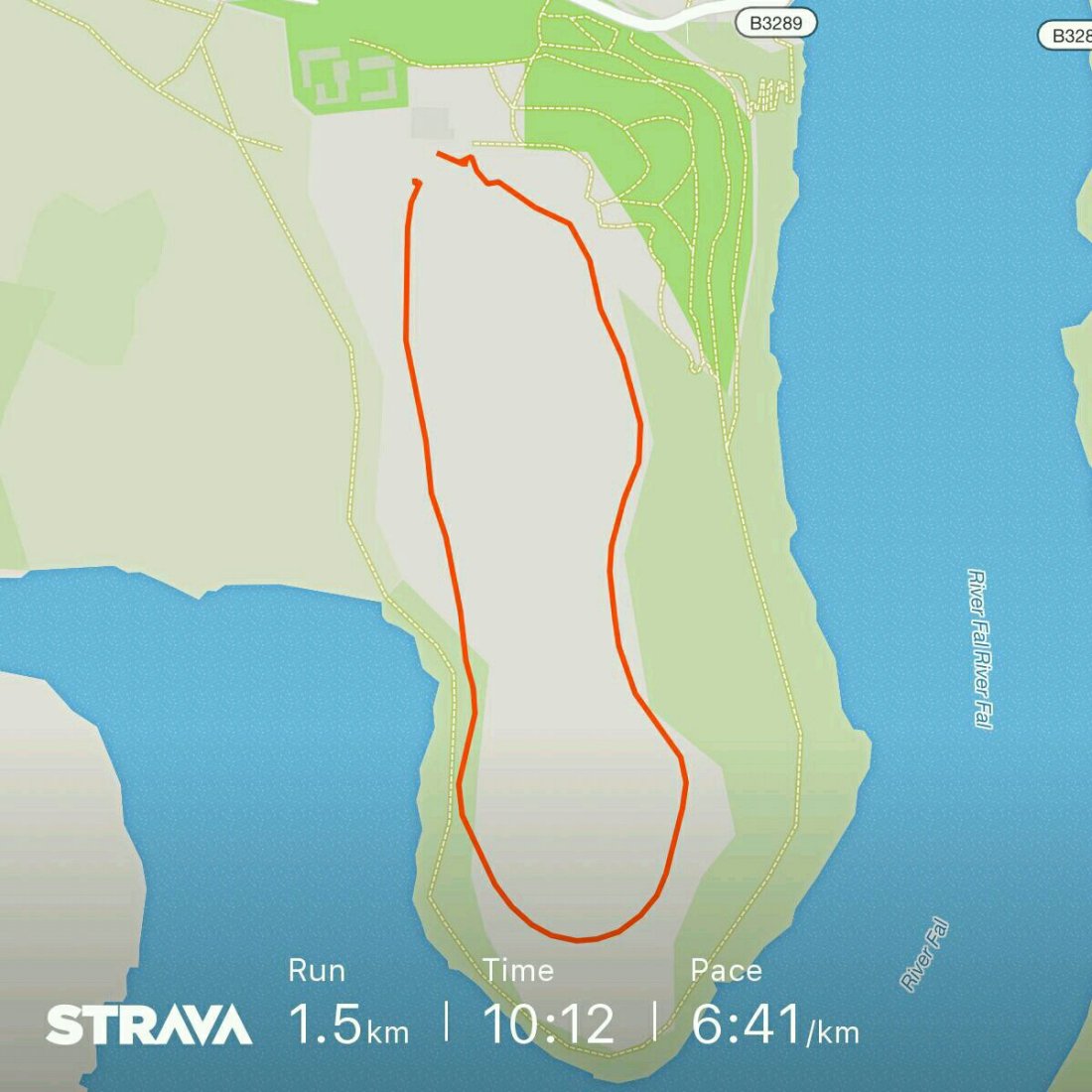 It is more fun joining in – I’m planning to find a 10k to have a go at some point between now and Eden. When the heat has passed maybe….

Kate has recently taken up running and is juggling work and kids with getting fitter and feeling better. View all posts by Kate

Life is a Sine Curve
Lauralovestorun

My love of running - training, races, trails, the hard times, the good times, just the simple joy of running and my experiences leading up to races, during races and recovery and what kit and fuel helps me along the way

Life outdoors and low impact living. Wales and beyond.

Running and Laughing through the Golden State

I Know, I Need To Stop Talking
thedancingrunner

The best longform stories on the web

The latest news on WordPress.com and the WordPress community.